Big changes are happening in America. We have the first ever billionaire president. Scientists have cured HIV in mice. You can pay for things with smartwatches. And fortunately, soccer is becoming more popular than ever before. So what’s in store for the future of fútbol?

Here, we’ll take a look at current trends, financial figures, and a fan’s perspective. This article focuses on the future of soccer in the United States. Though significant changes are happening across the entire world, it’s particularly exciting to see what’s going on here in America.

From Foreign to Financed

Growing up in a white neighborhood, soccer was seen as a school kids’ sport. I watched friends go to practice, train for a couple of hours, and then later talk about the NY Yankees. If soccer was ever on TV, we skimmed past it because we couldn’t understand the Spanish commentary. Ask one of my friends who Paolo Maldini was, they’d probably guess he was an Italian chef. It wasn’t until my teenage years that I understood the value and marvel of the sport.

Fast forward to 2015, and we’ve seen incredible advancements in U.S. soccer. The Women’s World Cup final garnered more American viewers than either the NBA finals or the Stanley Cup finals. MLS revenue reached $588.4 million USD. Big players, like Kaka and David Villa, have been signed over to MLS teams. We’re still geeking out about the signing of Dieder Drogba in Phoenix. Big TV deals illustrate how lucrative soccer is becoming in the USA:

Right now, as you read this, people are getting richer and wealthier from the sport. Soccer is here, and it’s here to stay.

The Outlook on the Future of Fútbol

I spoke to a 28 year old Brooklyn native, Joe T. He’s been to 8-10 NY Red Bull games, and lives about 12 miles from the stadium. When I asked him what he thinks is in store for football future, he responded:

I think it will expand. First, there’s a lot of old European players coming here. Eventually, it will keep generating interest and it will probably do really well.

This response caused me to put the brakes on a little bit. Though soccer is starting to boom, the $588 mil MLS revenue is still nowhere near the NHL’s multi-billion dollar enterprise. It also pales in comparison to the big leagues in Europe.

Despite the adolescent numbers, you still can’t help but feel part of an athletically shifting generation. Here in Phoenix, Goldman Sachs may be getting in the game with the potential financing of a brand new stadium: 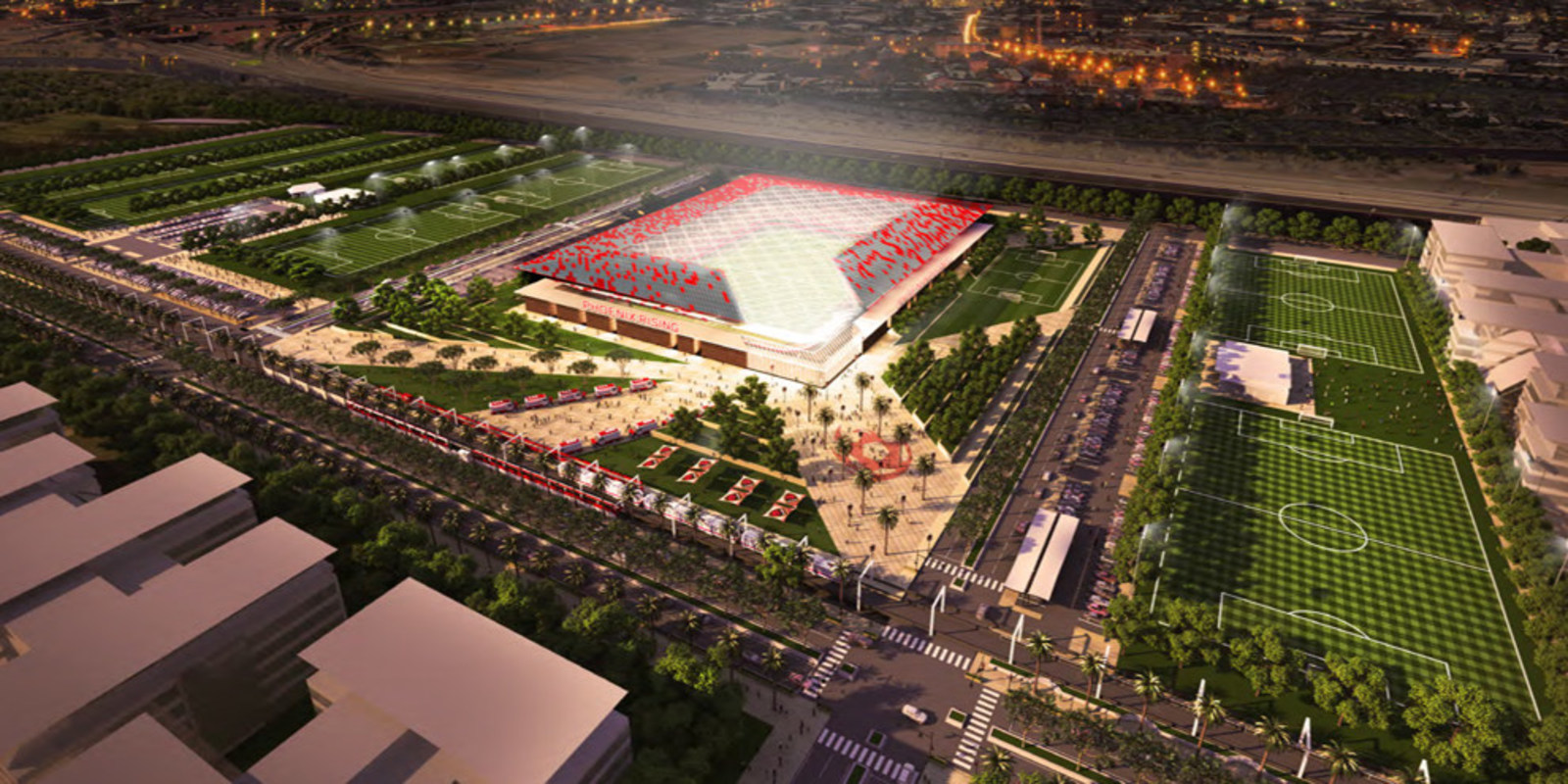 “If MLS was a publicly traded company, now would be a really good time to buy.”

If you’re excited about the future of football in America and in Arizona, join the discussion in our Soccer Forums!!