SoCal SC is fresh off the loss of a founding leader. General Manager Daniel Gamba has been with the team since their beginning in 2015. He and the team parted ways amicably last week.  “I gave everything I had to the team and we didn’t achieve the results we expected on and off the field and I have to take full responsibility for that,” says Gamba on the team website. “The team is ready to move forward without me”, Gamba added.

Back here in AZ, our best performing team has added players and coaching staff in the last few weeks. Scott Morrison officially joins the team as an assistant coach after consulting on a voluntary basis since the team’s inception. Morrison is an accomplished professional in Scotland and played professionally here in Arizona for Arizona United SC (now Phx Rixing FC). Midfielder George Jermy and forward Elliot Weber have also joined the team in May, both scoring a goal in their first game for FCAZ.

FC Arizona appears to be on cruise control. City of Angels FC felt the Red Lion’s Roar last Saturday night as FCAZ rolled to a 7-0 win. According to owner Scott Taylor, “FC AZ will only get bigger. We will be the club that puts Arizona on the map. We are just getting warmed up at FC Arizona.” Just warming up? At the top of the Southwest Conference FC Arizona is undefeated in 11 games and have given up only 2 goals. This feat is unmatched by any of the 96 teams in the NPSL at this point in the schedule. FCAZ is more than warming up, they are scorching the Arizona Soccer scene!

AZSoccer Prediction: FC Arizona continues to scorch with a big win, lots of goals to none.

Phoenix Rising FC With A Chance To Shine This Week

Phoenix Rising FC are fresh off the selection of new Head Coach Patrice Carteron. The Rising have found some success with 2 league wins and a US Open Cup victory after former coach Frank Yallop resigned last month to spend more time with his family in Northern California.  Carteron is a former European player and has risen to the highest levels of success coaching in Africa. The new head coach is not expected to join the team in time for this week’s game.

This week Phoenix Rising look to extend their run in the 2017 Lamar Hunt US Open Cup. Rising will face SF Deltas of the North American Soccer League. Many teams see the US Open Cup as an opportunity to rest their stars and get some spotlight on younger players. However, Round Three is an important draw for the lower level pro teams. MLS squads are waiting to enter the Cup in the next round. The winner Wednesday night gets the chance to prove their worth. With an MLS application sitting on Don Garber’s desk (commissioner of MLS), Phoenix Rising FC will be looking to get on that Round Four stage. The luck of the schedule favors the Rising. Phoenix gets 5 days off before facing their next league opponent. Phoenix sits 4 spots and 2 points ahead of OKC in the conference and have already beaten them in Scottsdale so they’ll be looking to go all out on Wednesday night’s US Open Cup game.

At their best the Deltas will be hard to beat. Golden Glove winning keeper ROMUALD PEISER has given up only 7 goals in 9 games and tops the leader board of the NASL. But, with only two off days until an important league game, and only 2 points out of third place, we think the Deltas will put their younger players on the pitch and hope for the best. Phoenix however is sitting way down at 9th in their conference so they’ll put their best players forward to advance in the Cup. There are even rumors that they pull out all the stops and play Drogba Wednesday night. Getting to Round Four just might be that important.

AZSoccer Prediction: SF Deltas rest Peiser and most of their starting squad, Phx Rising get the MLS spotlight they desire, Rising Win 3-1.

The Men in Black are back home for the month after a grueling month of travel. FC Tucson hasn’t seen play at Kino Stadium since May 10th, but Head Coach Jon Pearlman knows that travel can be an important part of building a young team.  “There’s something to be said about being stuck in vans on top of each other for hours on end. In terms of chemistry and team bonding, it helps build that cohesiveness that is maybe missing early in the season,” Pearlman said in the FC Tucson Match Preview.

Tucson sits on top of the Mountain Division of the Western Conference of the PDL and handed FC Boulder U23s a solid 5-0 thumping last Friday  night in Boulder. With US Open Cup play behind them and looking forward to a full month of play at Kino Stadium The Men in Black should be well rested and happy to see the friendly fan faces at home on Friday night.

AZSoccer Prediction: All that van time pays dividends and The Men in Black keep on rolling at home. FC Tucson win 3-1 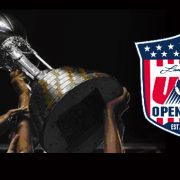 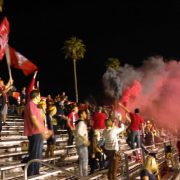 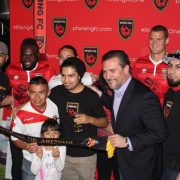 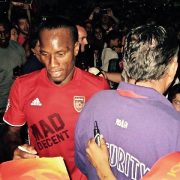 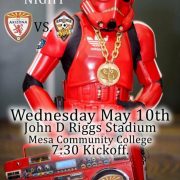